Strategy is a plan for forward motion. The term date back to war and battle planning. One of the original objectives of the battle planning was to aid field generals in making the appropriate decisions once the battle started. As with any battle, the outcome often varies from the original plan, but having field personnel capable of making decisions in alignment with the overall objective was key in success. In the days before radio and telephone communications, this was exceedingly critical as communications were also often severed as part of the battle. 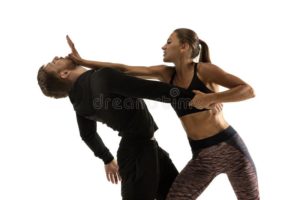 For many companies, the published strategy is far too often undermined by a guiding concern on the part of the leader or leadership team which I call “Fear of Disappointment.” Whether the company is second/third generation, the leader is a close friend of the owner or is daughter/son placed in charge of a family company, the fear of failure takes over and hinders execution.

In these instances, the Strategy is no longer the driving guidepost for the organization and a Defensive posture takes its place. This can happen very innocently and often without even thinking of it. It can be earmarked with comments such as, “Let me check with the Board” or “What would Dad have done in this situation”? or by simply always making the decision that will “do no harm”.

Whether you are a first-time leader or a family member with a heavy burden, the stakeholders are looking to you to lead them to success. Franklin Roosevelt is quoted “Courage is not the absence of fear, but rather the assessment that something else is more important than fear”. It might be worthwhile to look back at some of your past decisions and question whether you are living up to your strategy or whether you are working from a point of inherent defensiveness. If so, put a simple, clear strategy front and center in your mind, communicate it and lead your team to the point where everyone is expecting you to.