Strategy has its foundation in military planning and some of the earliest discussions on the topic date back to Helmuth von Molthke who commanded the Prussian military in the late 1800’s.  While he did have to deal with the Smallpox epidemic during the Franco Prussian war, he was quick to observe that planning was vital to victory but also noticed that situations change too fast for strategy to be followed.

2020 echoes these observations.  Many of us woke up in March to find that our primary markets shut down or operating at 50% capacity for an indefinite amount of time.  Cash flow has been reduced and capital spending is on hold.  Many professional relationships we relied upon at customer locations are now unemployed leaving us at a loss for how to even communicate with our customers.

Much like in von Molthke’s time, the act of planning is vital to success.  The simple act of having a structure and framework for discussions and decision making allows companies, 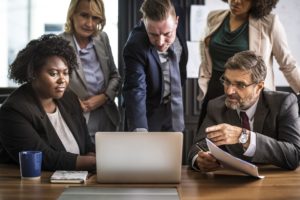 and individuals, to adjust much quicker.  More importantly, it also gives a method of obtaining buy-in by all involved.  Whether you are leading a business team or a military campaign, the most important factor to success is having everyone on the team moving forward in the same direction and working on exactly the same goal.

No matter what comes in life, the outcome will never be exactly as planned.  If you are feeling overwhelmed, imagine Prussia showing up for battle with hand-held single shot rifles vs. the French who had rapid firing weapons capable of firing up to 150 bullets per minute.  Pre-battle planning allowed the Prussians to quickly re-evaluate their tactics and ultimately use the 1750 lb weight of the automatic rifle against the French to win the war.   In the end, the team that can execute most effectively has the best chance of winning any challenge or conflict.  That takes planning and buy-in at all levels.